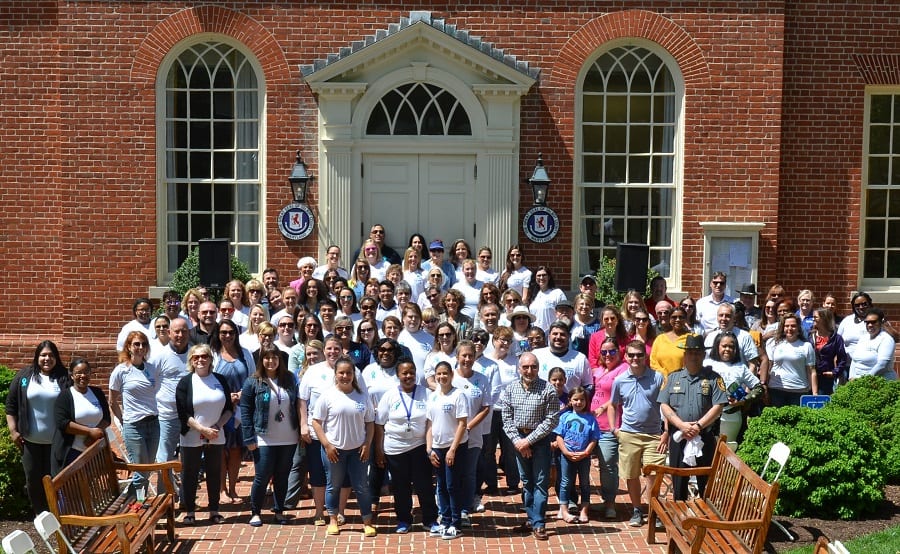 For All Seasons Has Large Turnout for First Community Denim Day

For All Seasons Has Large Turnout for First Community Denim Day

For All Seasons hosted its first community Denim Day event at the Talbot County Court House in Easton, MD. Denim Day was created 20 years ago after a ruling by the Italian Supreme Court where a rape conviction was overturned because the justices felt that since the victim was wearing tight jeans she must have helped the person who raped her remove her jeans, thereby implying consent. The following day, the women in the Italian Parliament came to work wearing jeans in solidarity with the victim. Participants wore denim with a purpose on this day to show their support in ending sexual violence and to protest the misconceptions and victim-blaming around sexual violence.

Senator Addie Eckardt and Mayor Bob Willey presented proclamations and Don McPherson, former Philadelphia Eagles quarterback, activist and feminist spoke about the importance of ending sexual violence.  “Today we have the opportunity to start a conversation that is essential to the community.  Denim Day isn’t just about a day, it’s about bringing awareness to an issue and using that awareness to make the commitment to continue the conversation and to join For All Seasons and its partners in ending sexual violence.”  For All Seasons’ 2019 sexual assault campaign focuses on the message “#metoo. We believe you.” The campaign is targeted at helping both men and women talk about this issue and to not be afraid to tell their stories about sexual assault.

Participants enjoyed a special teal-colored ice for Sexual Assault Awareness Month provided by Rita’s Italian Ice & Frozen Custard in Easton as they signed denim quilts to be given to victims of sexual assault.

May 3, 2019 No Comments on For All Seasons Has Large Turnout for First Community Denim Day
prev post next post