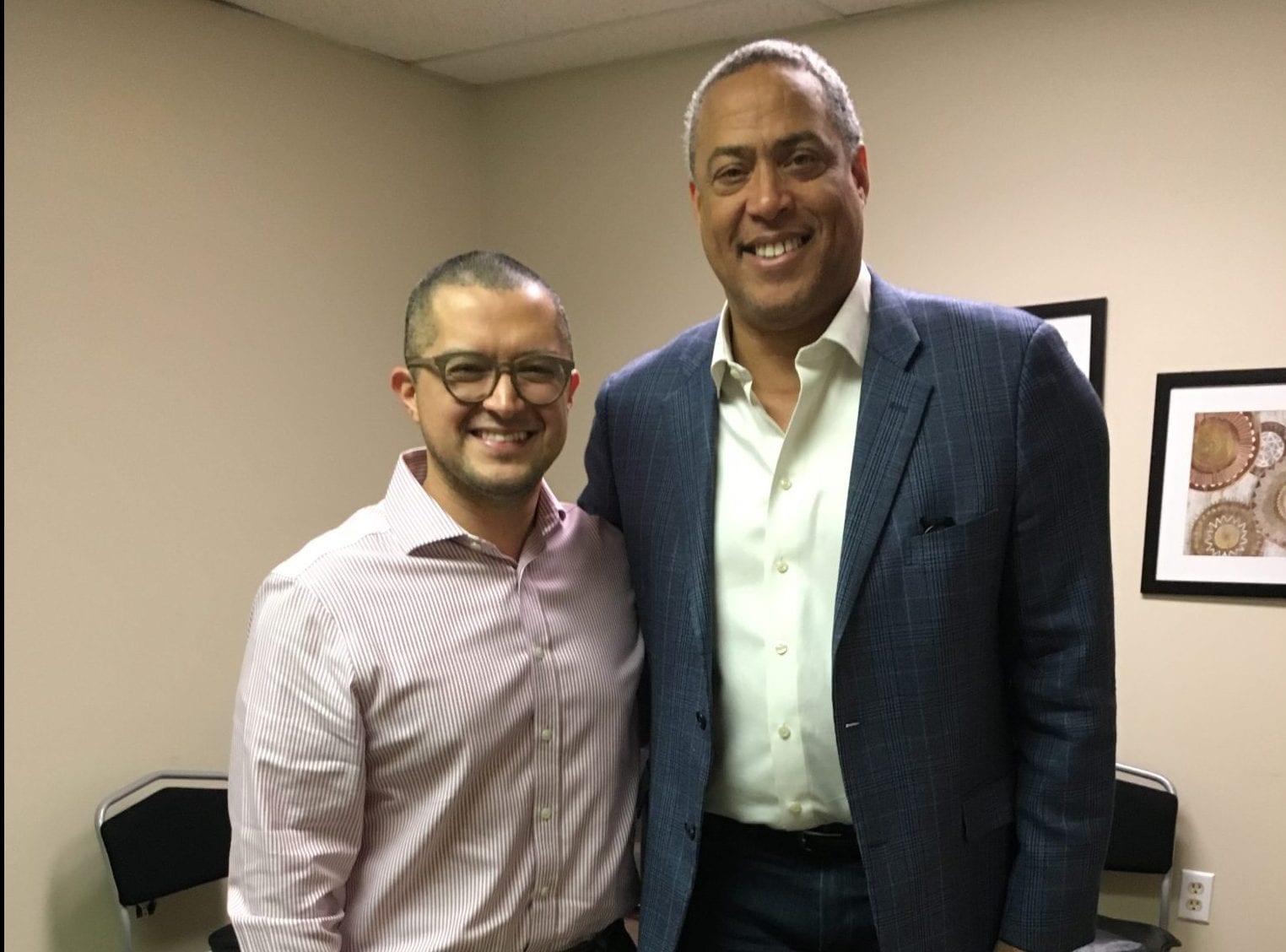 When Don McPherson, former Philadelphia Eagles quarterback, came to Easton to speak in November 2018, people in the audience engaged in the topic of gender-based violence like never before.  The presentation, titled “You Throw Like a Girl: A Conversation to End Sexual Violence,” encouraged those in attendance to get comfortable with an uncomfortable conversation.  As a result, Don is now working with Beth Anne Langrell, Executive Director of For All Seasons to create a dialogue across the Mid Shore regarding the culture of unhealthy masculinity at the core of all forms of men’s violence against women.

Don observed, “When I was here in November, I saw the willingness
for the community to have that conversation.
Beth Anne and I were on the same wavelength on how to make that happen.”

For more than 34 years, Don has used the power and appeal of
sports to address complex social justice issues. He has created innovative
programs, supported community service providers and has provided educational
seminars and lectures throughout North America addressing men’s violence again
women.

According to Don, the #MeToo movement presents a seminal
moment in American culture that requires a collective community response
commensurate with the overwhelming and pervasive nature of gender-based
violence.  He wants to engage boys and
men in the prevention of men’s violence against women by creating a cutting
edge, community-wide and gender transformative approach that meets the broad
challenges posed by the #MeToo movement.

He states, “Beth Anne’s leadership has created an ideal
environment for a comprehensive community initiative to be successful.”  This was evident in the response to Don’s
November visit.  He adds, “Remedies must
be sustainable and replicable; engaging communities and individuals previously
left out of the discussion to promote healthy relationships and proactively
engage boys and men.”

The partnership between Don and For All Seasons will deliver
proactive education that permeates the entire community, emanating from four
primary engagement areas; 1) local businesses 2) community partners 3) schools
(K-12) and, 4) higher education.
Training and educational materials and curricula are currently under
development which will introduce “aspirational masculinity,” healthy
relationships and bystander leadership with several integrated touchpoints in
the communities served by For All Seasons.
The impact is three-fold; to engage those previously missed by outreach
programs, coordinate common messaging throughout the community and establish
sustainable, inter-generational dialog about healthy masculinity,
relationships, and community.

Future outreach and engagement include providing sexual
harassment training to employees who are also parents, neighbors, and members
of youth activity organizations and faith communities, as well as community
partners such as mentoring groups, youth sports groups and the faith community.
For All Seasons staff has already begun training with Don, to deliver bystander
behavior and leadership programs in schools (K-12) in conjunction with its role
to provide support for “trauma-informed” classrooms. Finally, For All Seasons
has a federally mandated MOU to provide services and resources to Chesapeake
and Washington College. This relationship positions For All Seasons to serve as
an educational provider for Title IX compliance which has been the focus of Don
McPherson’s work for more than 25 years.

Don explains that because of the work women have done in
raising awareness recently around the #MeToo Movement, there has been more
progress toward promoting healthy relationships. He adds, “There needs to be
discussion about masculinity, separate from the issue of men’s violence against
women. The goal is to advance our understanding of masculinity beyond the
narrow, and often destructive ways it’s currently defined. The blind spot of
masculinity is rooted in the nobility associated with ignoring our pain and
vulnerabilities and the silence of men that limits the true and whole
understanding of masculinity for boys.”

A challenge facing communities today, according to Don, is
that we have no central place where people can come together and have these
conversations about gender. He states, “We are starting to share it one-on-one
with community leaders and identifying people who want to make a difference. We
intend to create a sustainable model that seizes upon that opportunity and can
be replicated elsewhere.”

Since November, more men are asking ‘What can I do in the
#MeToo movement that doesn’t perpetuate the problem and how can I be part of
the solution?’

Derek L. Simmons, Ed.D., Director, Student Services,
Caroline County Public Schools, comments, “I had the pleasure of meeting with
Don to learn more about the work he is doing in partnership with For All
Seasons. As a man, who also is blessed to be the father of two daughters, I
engaged in deep conversation around the male social construct and issues of
toxic masculinity. That dialogue opened my eyes to the realization that the
women in my life navigate the world much differently than I, and that I have
been preparing my daughters to do the same. This does not empower them but
supports the current construct.”

He adds, “Don’s work along with For All Seasons has the
opportunity to create a shift in our community that can raise the standard for
gender equity. If we can adjust the accepted notion of masculinity, our
daughters will not live in a world that attaches their value to
objectification.”

Caption: Pictured left to right are Gerson Martinez,
Executive Director of Talbot Mentors, with Don McPherson, a consultant who is
working with Beth Anne Langrell, Executive Director of For All Seasons to
create a dialogue across the Mid Shore to address the culture of unhealthy
masculinity at the core of all forms of men’s violence against women.