Human Trafficking “is a form of modern-day slavery. This crime occurs when a trafficker uses force, fraud or coercion to control another person for the purpose of engaging in commercial sex acts or soliciting labor or services against his/her will. Force, fraud, or coercion need not be present if the individual engaging in commercial sex is under 18 years of age. (National Human Trafficking Hotline, 2019). 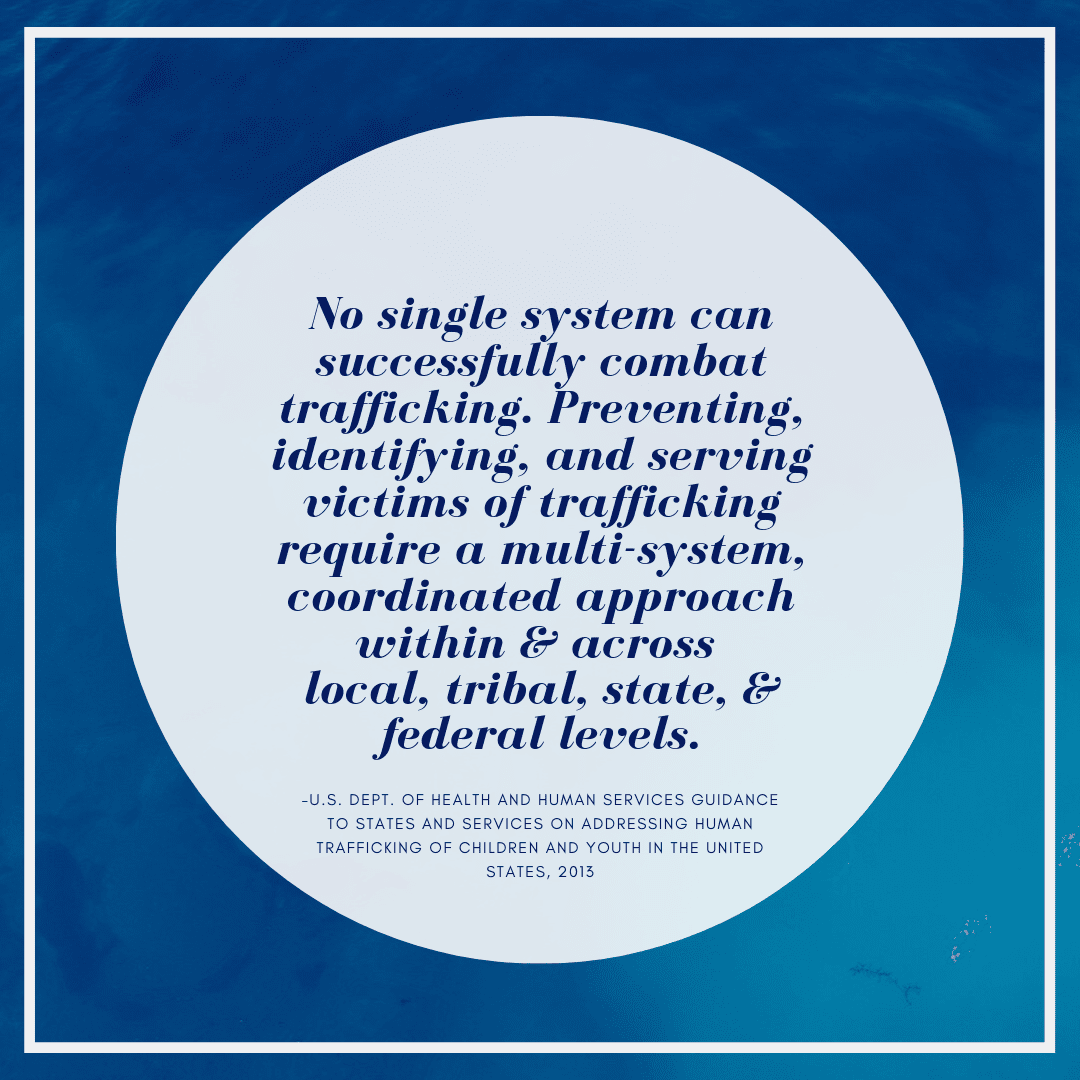 The For All Seasons’ Anti-Human Trafficking Program provides trainings to professionals and the community on how to recognize the red flags and indicators of trafficking as well as how to respond to victims and get them the assistance they need. To request a presentation or to learn more about the Program, please email Kristy Mirando, Director of Victim Services, at kmirando@forallseasonsinc.org.

Post-crisis counseling & psychiatric care to available to anyone in need

Help locating resources and connections in the community

Collection of helpful resources for survivors & those affected by human trafficking.

Faces of Human Trafficking
Office for Victims of Crime